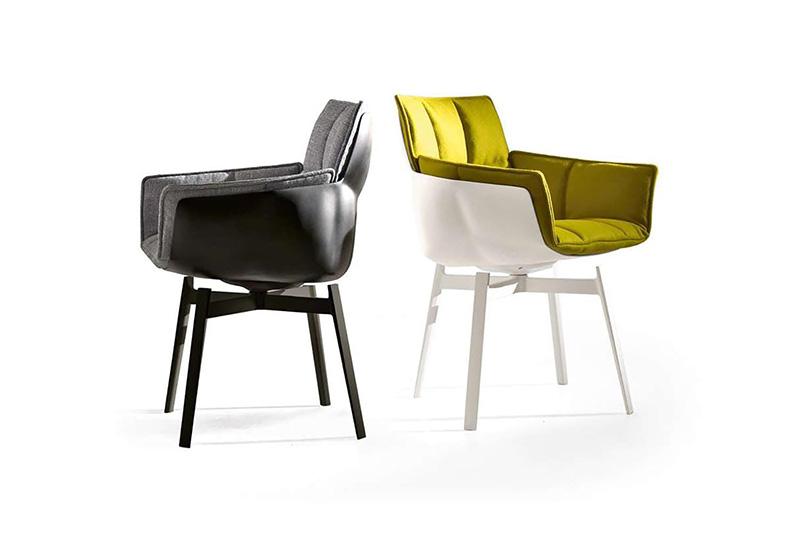 The Husk series has been furtherly extended by Patricia Urquiola with a seat dedicated to the dining area with all modern conveniences. A distinctive feature is the shell in Baydur® modulated by a quilted design. In two colors, black and white, the bodyshell is combined with the new version in leather in five different colors. Two choices available for the bases in painted aluminum: fixed with four legs or swiveling in different finishes. Upholstering in fabric or leather, with a quilted design which incorporates the backgrounds of the body. 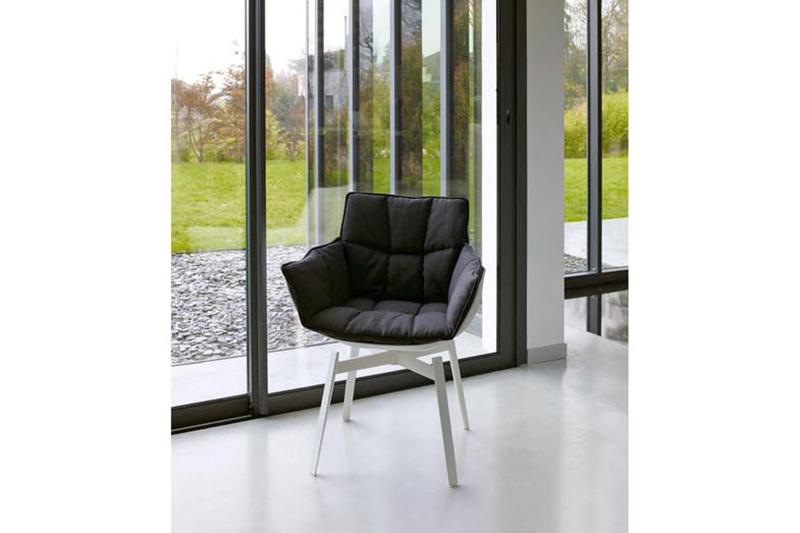 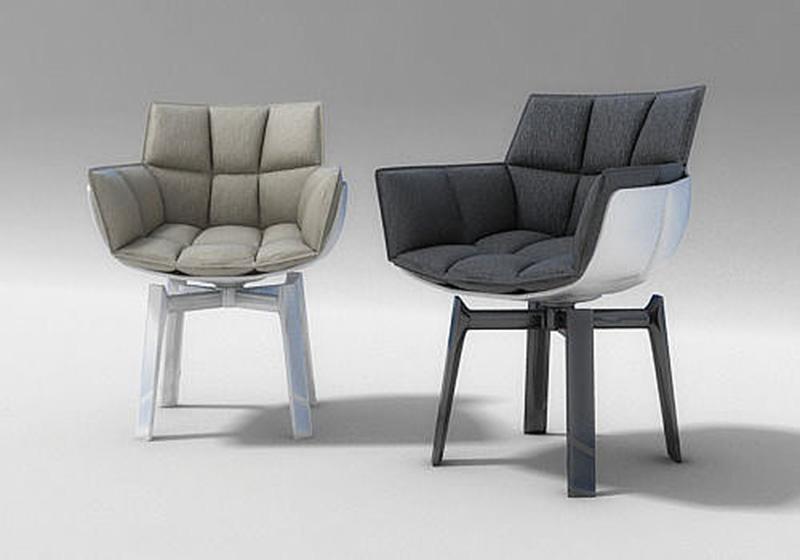 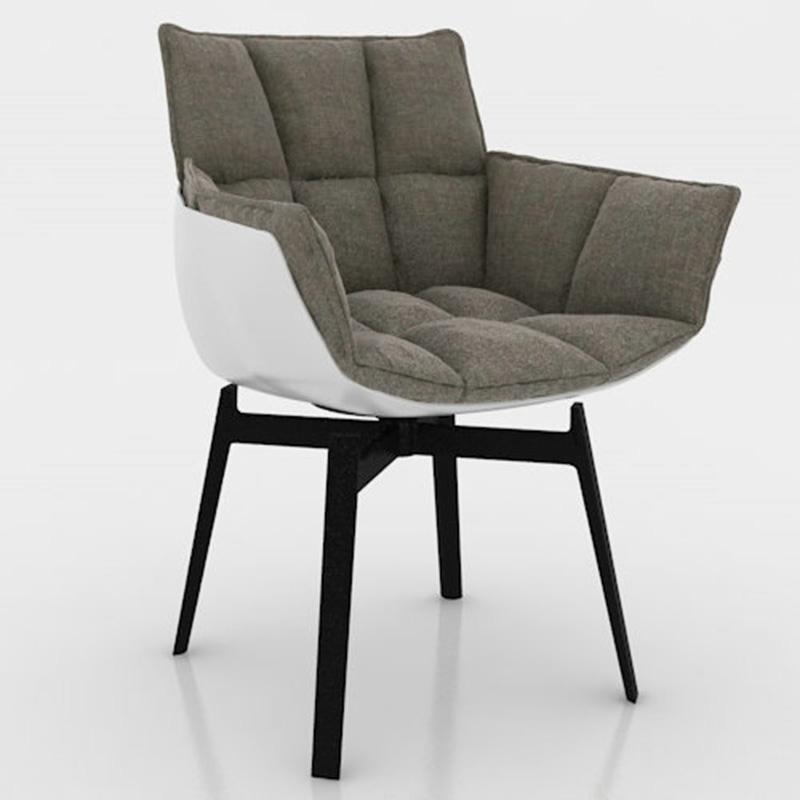 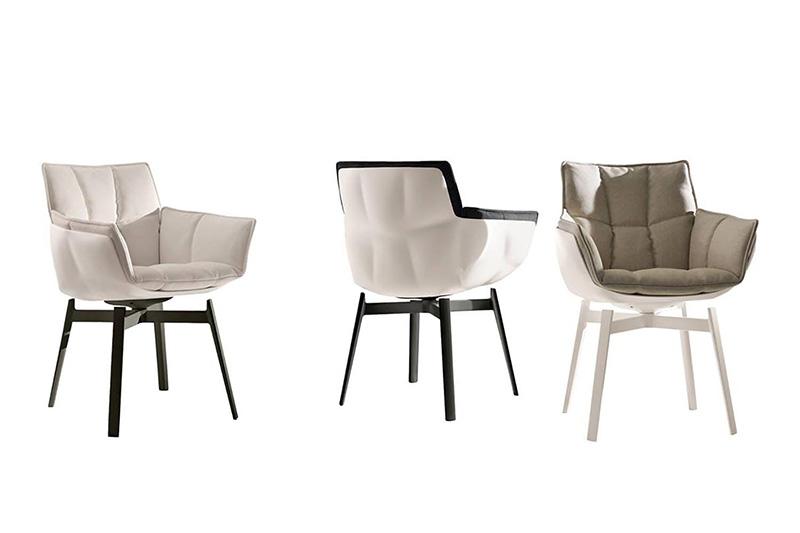 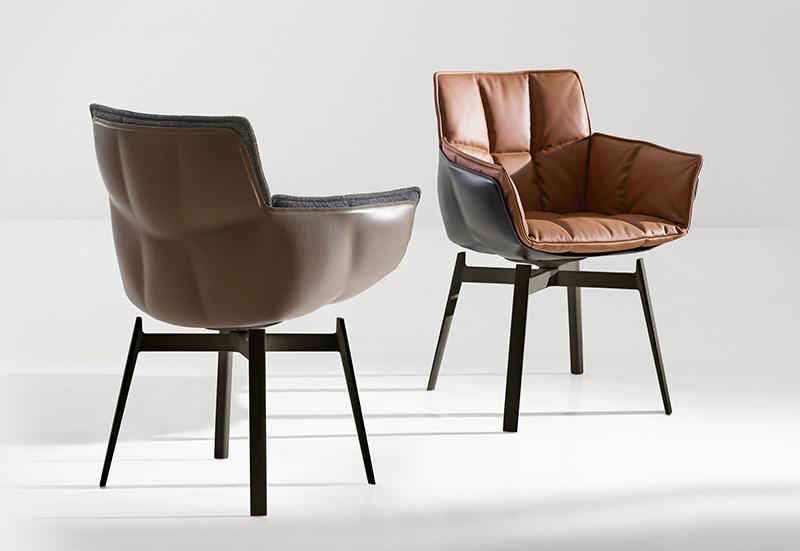 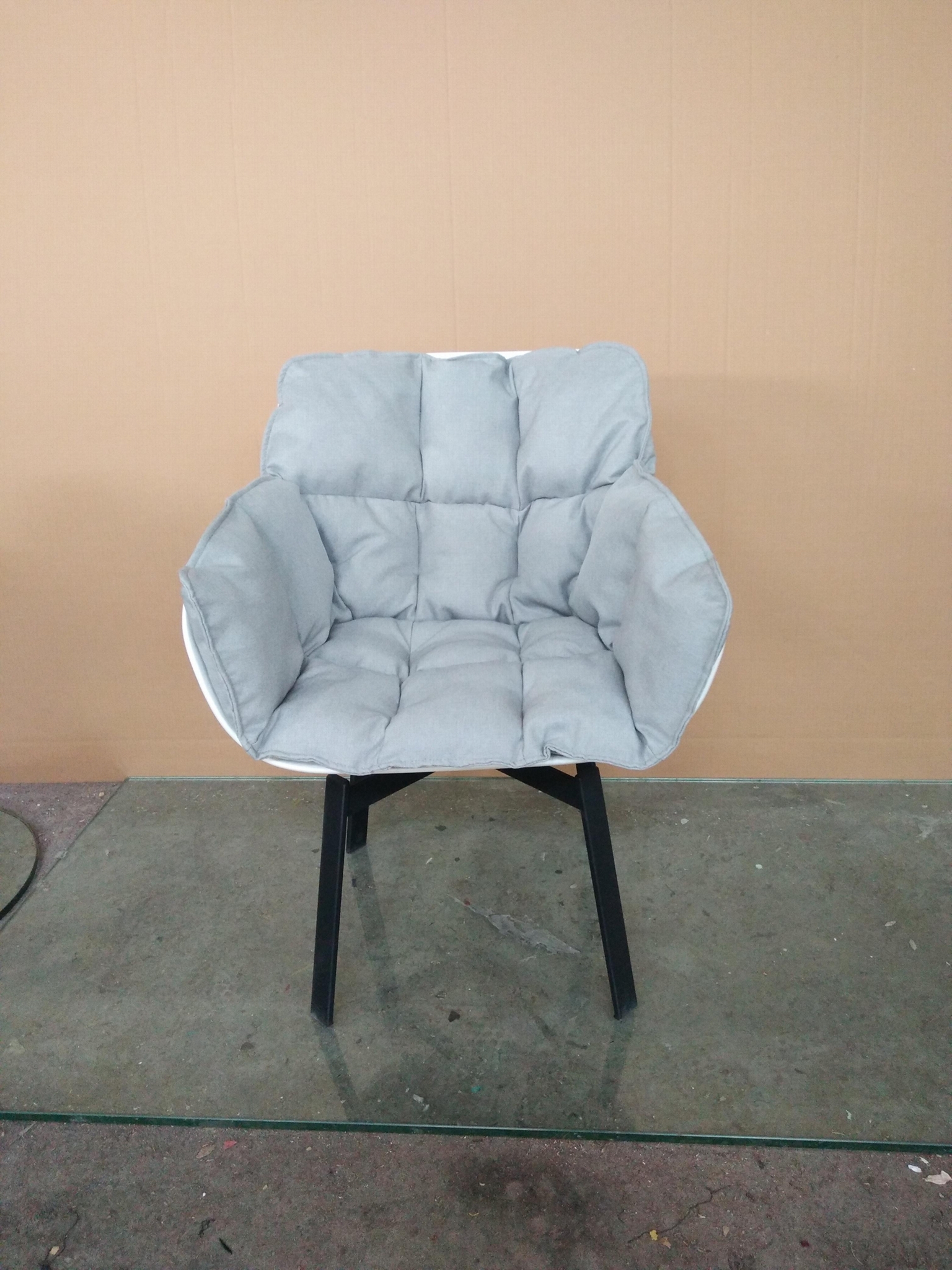 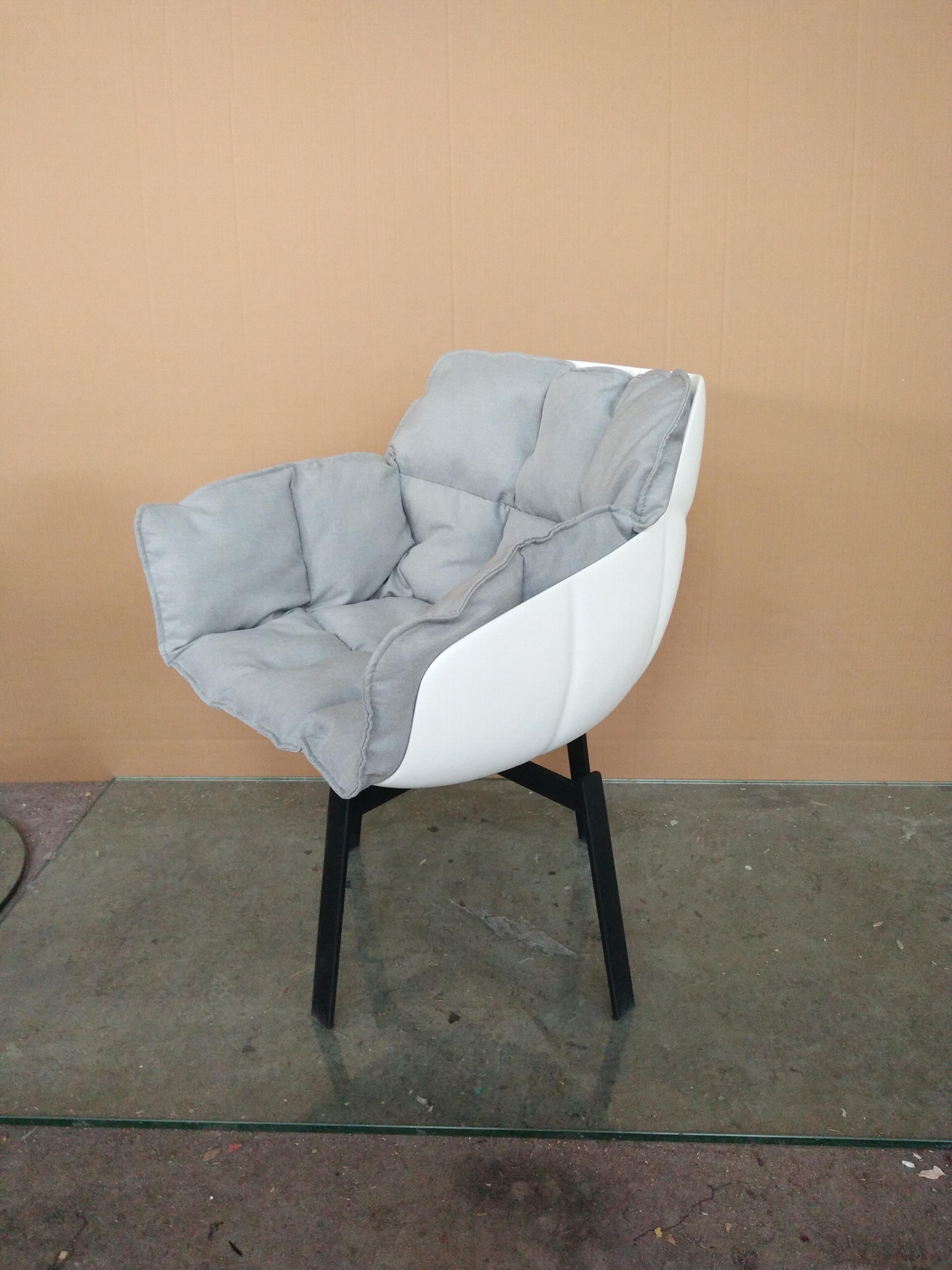 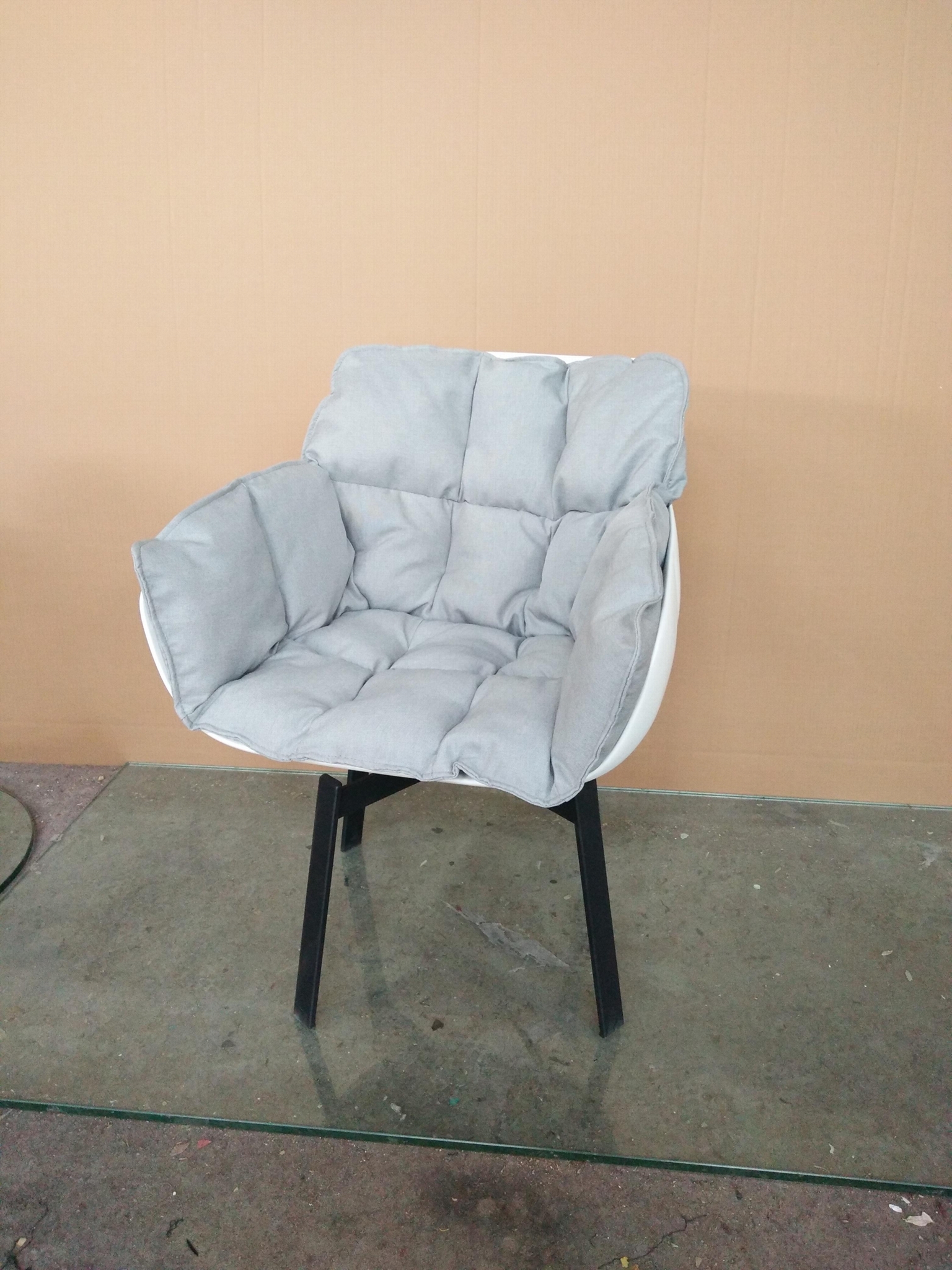 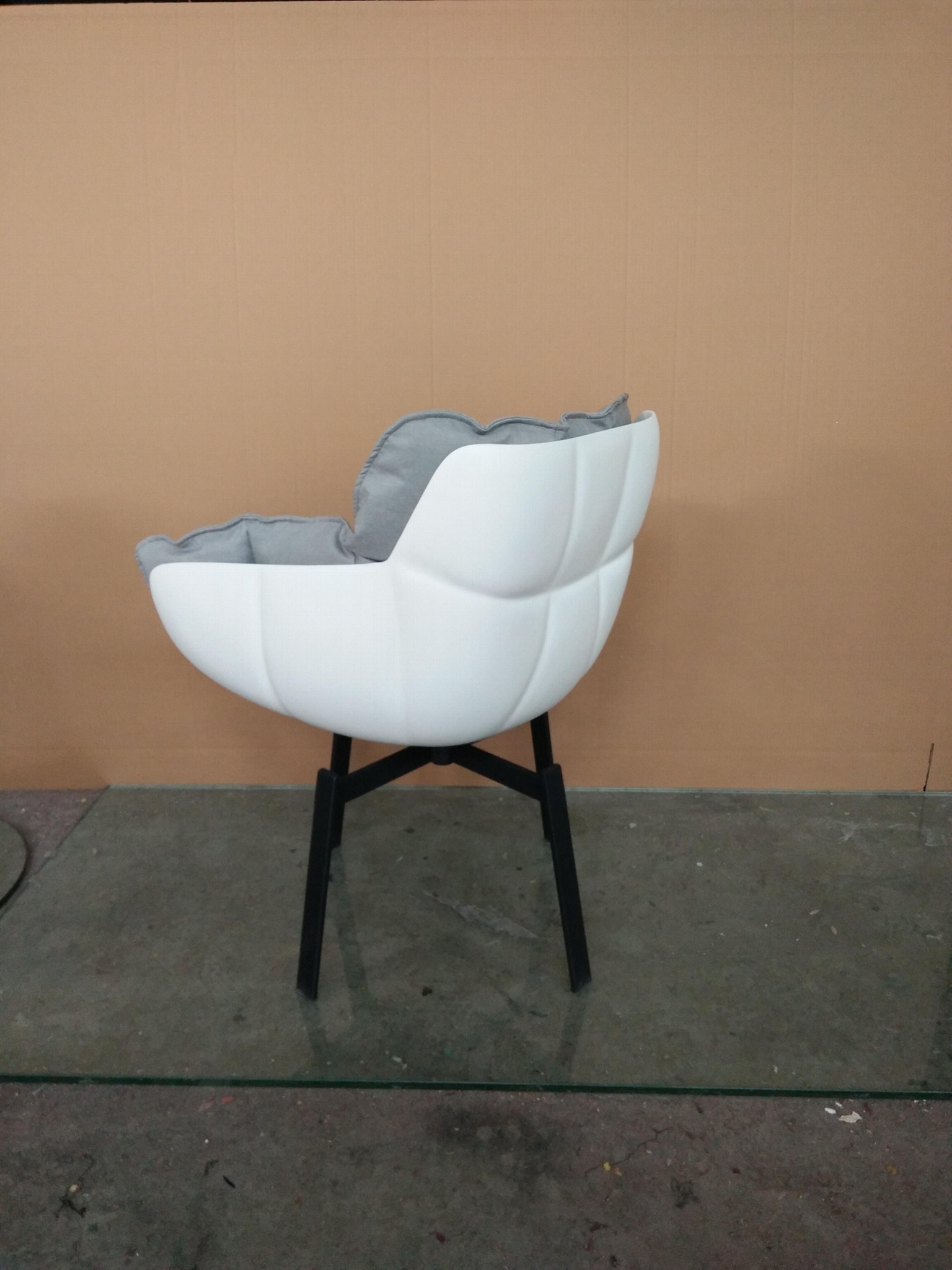 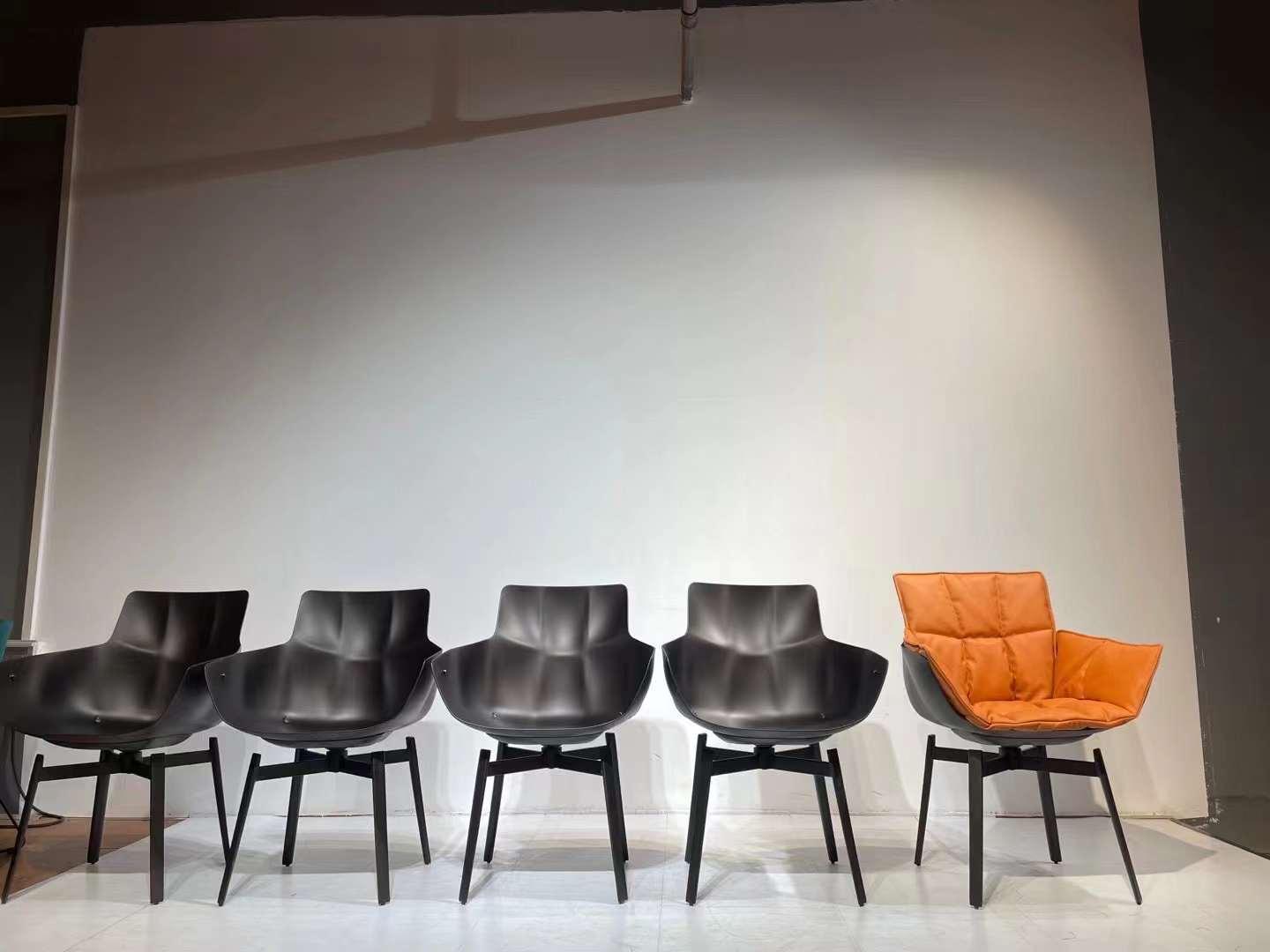 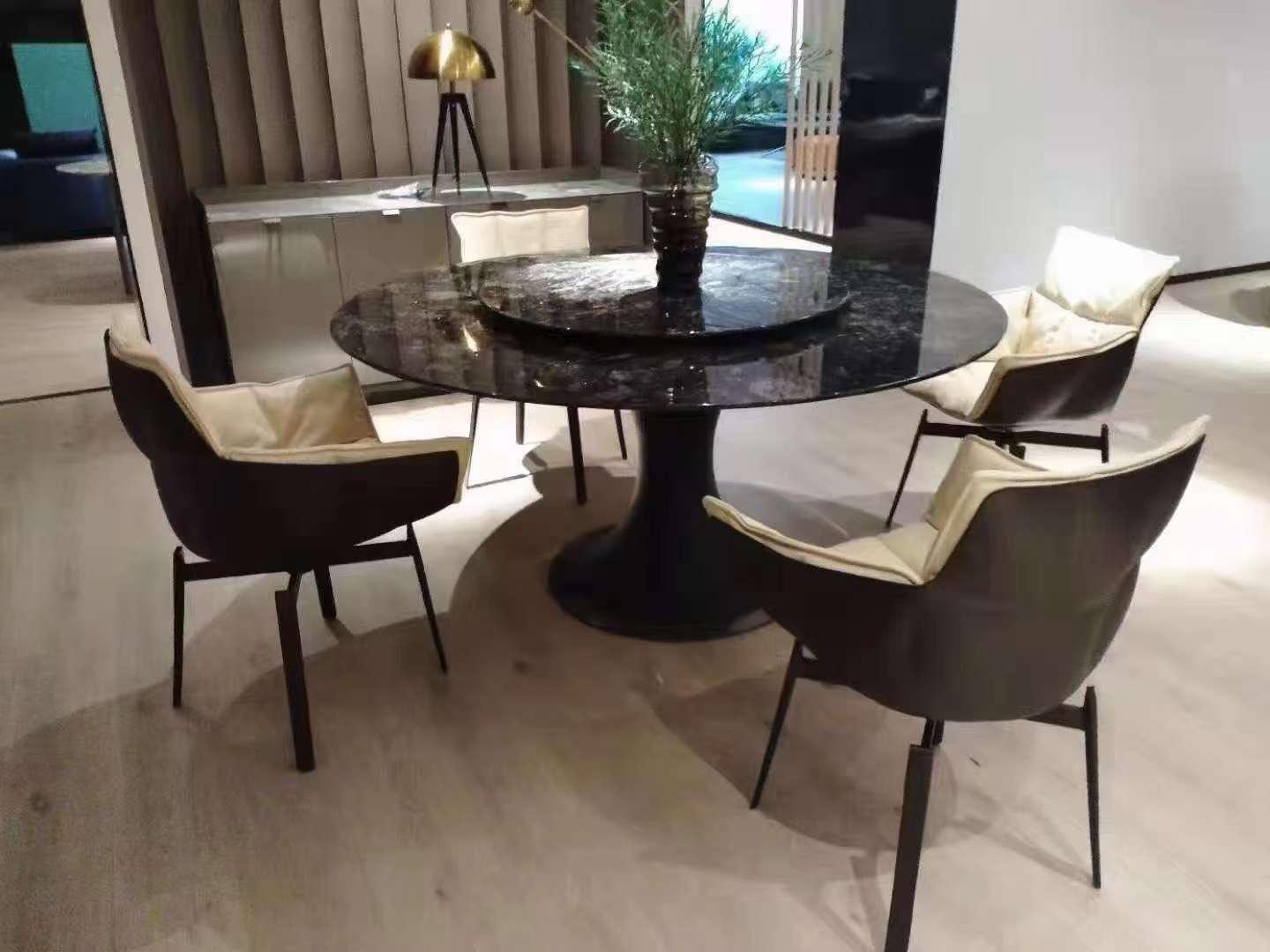 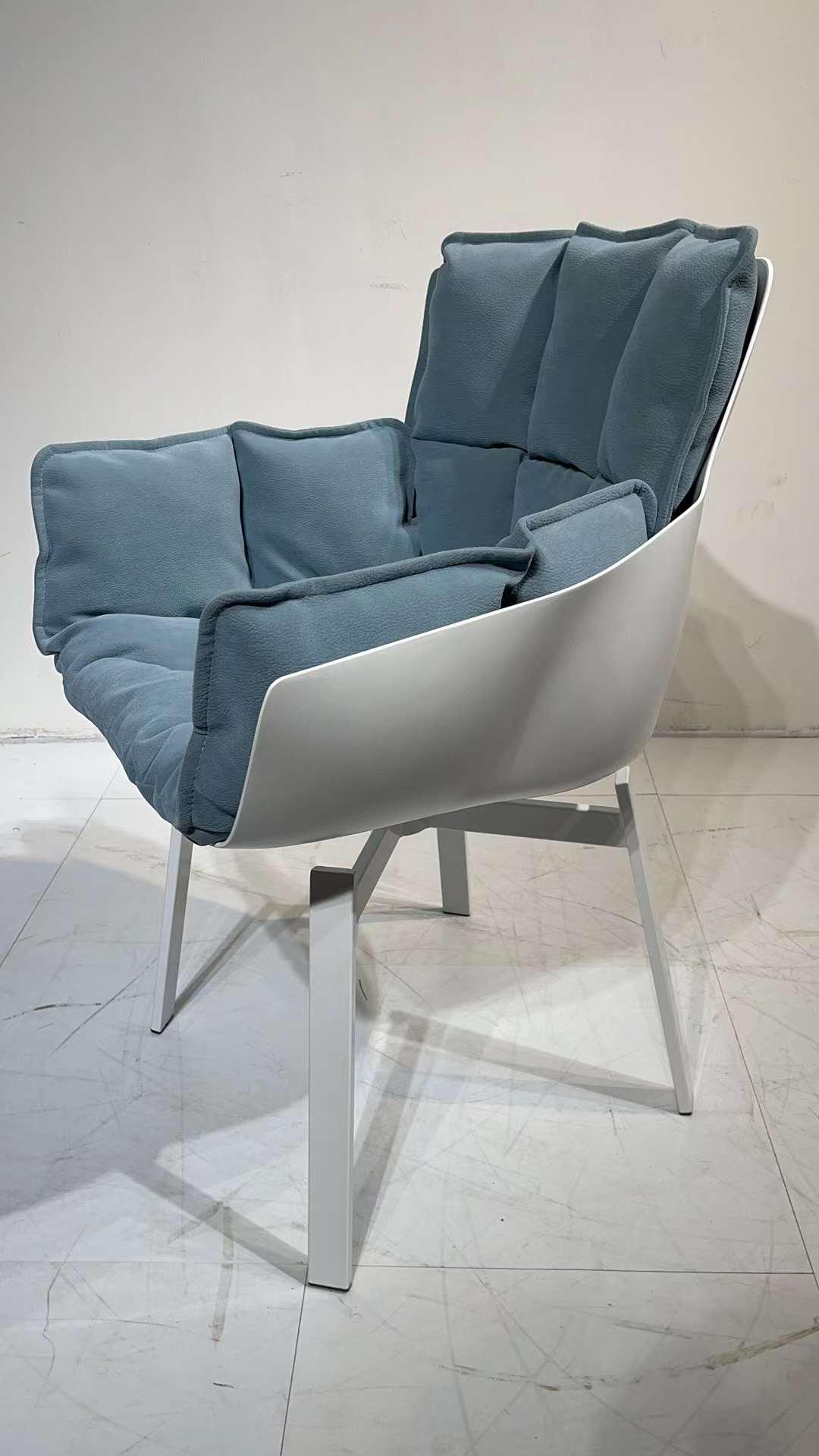 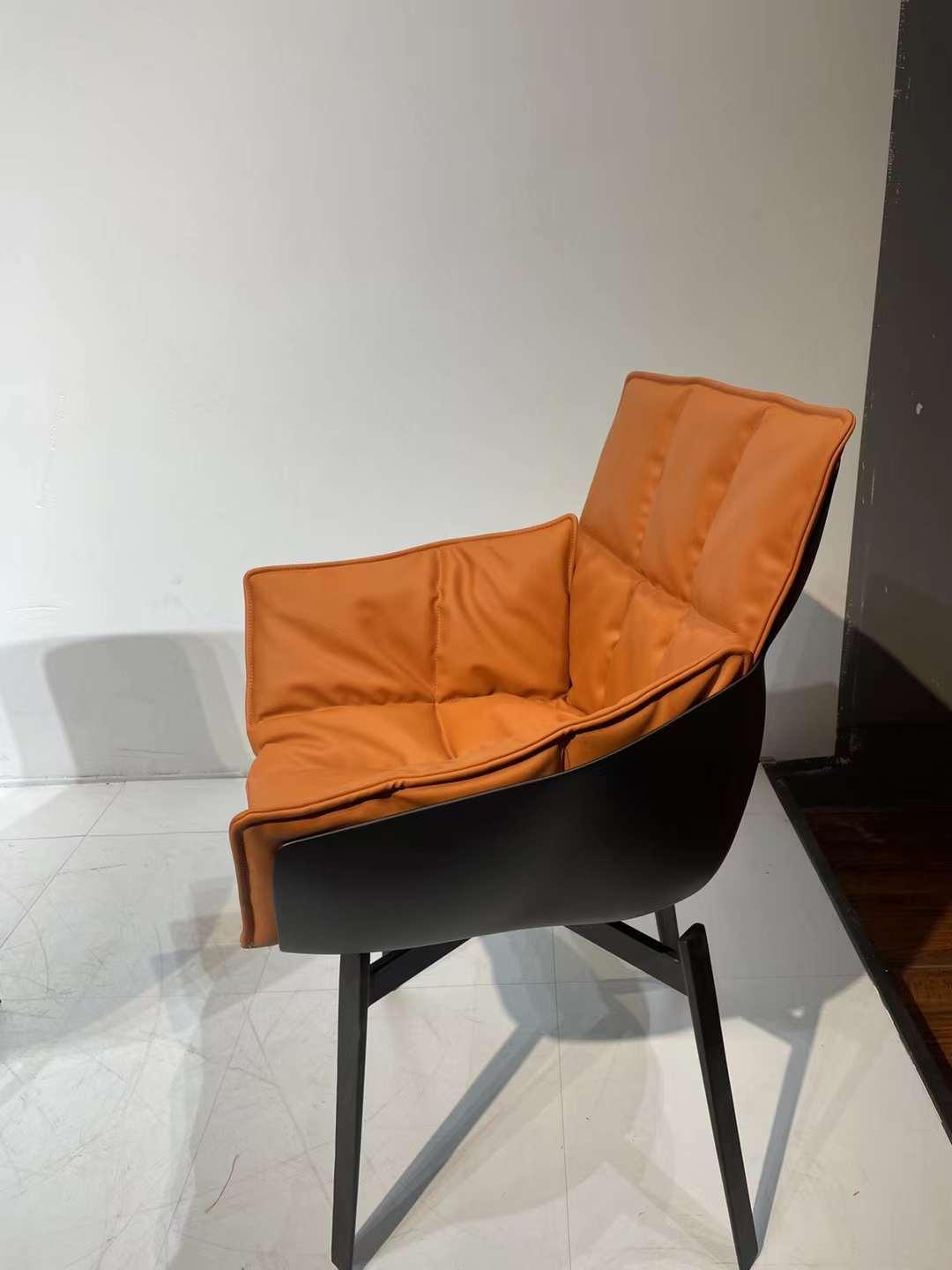 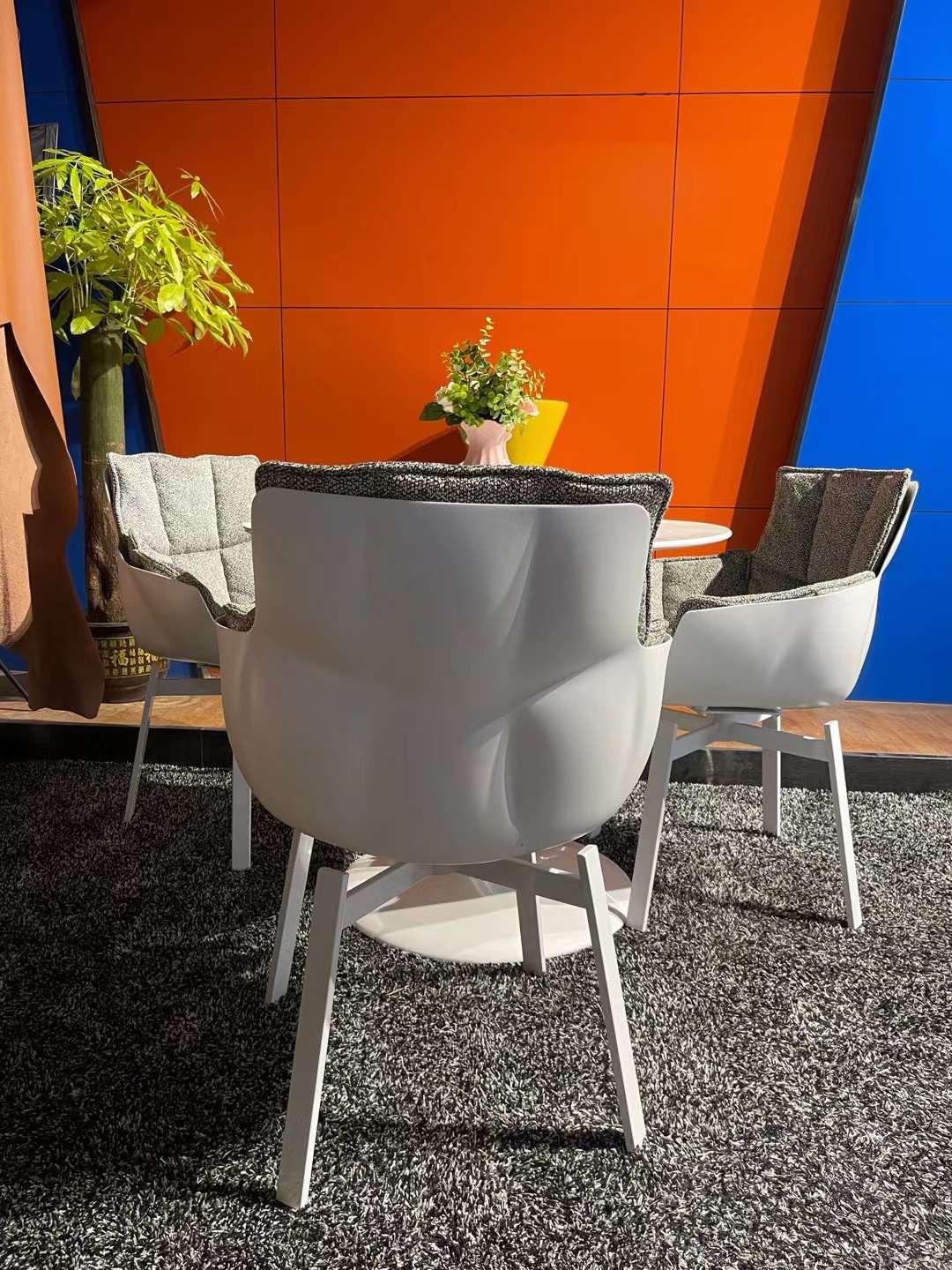 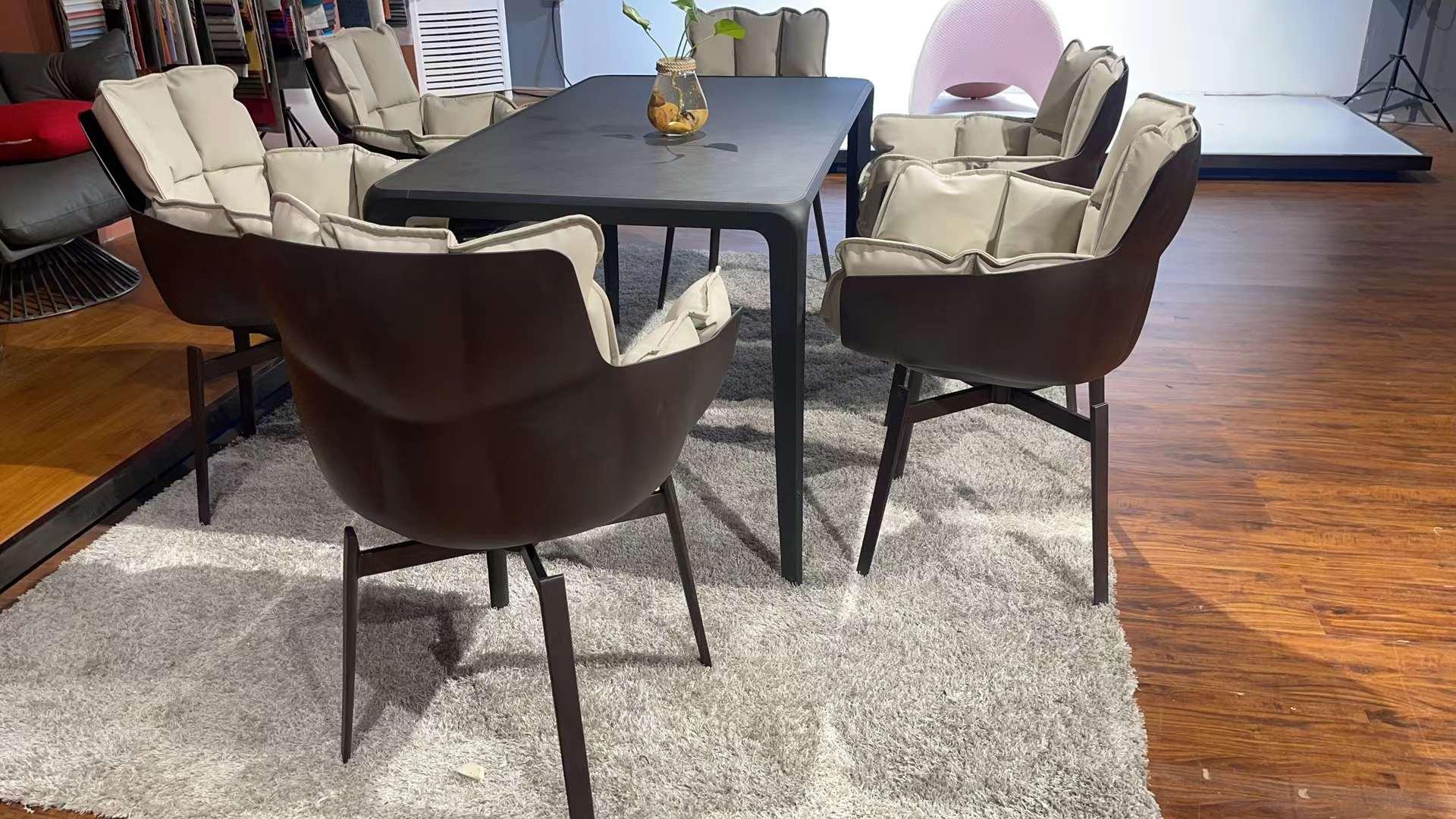